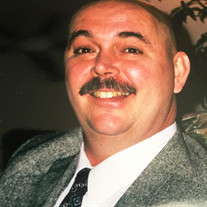 Ronald Allen Fox, Sr., 64, of Winchester, Virginia, died peacefully at his home on Tuesday, June 4, 2019 after a long illness. Ronnie was born in Keyser, West Virginia on June 23, 1954, the son of the late Edgar A. Fox and Audrey G. Fox, now a resident of Lakewood Ranch, Florida. Ronnie was a 1972 graduate of Bruce High School in Westernport, Maryland, where he excelled as a varsity wrestler. After high school, he devoted his professional life to a career in law enforcement. He served as an officer with the Winchester Police Department for twenty-five years, rising to the rank of Sergeant before retiring from the Department in December 2000. During his service in Winchester, Ronnie helped develop and was a member of the Department’s Special Weapons and Tactics (SWAT) Team, and also served on the Special Enforcement Team. In addition, he was a Field Training Officer, setting a high professional standard for other police officers, and to this day holds the enduring respect of the many police officers he mentored at the Department. Ronnie was also instrumental in the development of the Department’s Bicycle Patrol and spearheaded the Community Policing Program, enhancing trust and cooperation between Winchester residents and the police officers dedicated to their protection. During the concluding years of his law enforcement career, Ronnie drew upon his extraordinary experience by coming out of retirement to serve as a senior Deputy Sheriff (Grade 3) for the Frederick County, Virginia Sheriff’s Office from June 2001 until October 2003. When he was not on duty protecting the community, Ronnie loved to hunt and fish, and, for many years, was also a member of Hiram No. 21 Masonic Lodge in Winchester, where he made lifelong friends. In addition to his beloved mother, Audrey Fox, Ronnie is survived by his devoted sister, Cynthia A. (Cindy) Peirce and her husband George A. B. Peirce of Lakewood Ranch, Florida; his son Ronald A. Fox, Jr. and wife Amanda Fox of Strasburg, Virginia, and their son Ronald A. Fox, III; Ronnie’s younger son David P. Fox, also of Strasburg; and Ronnie’s nephew Alex M. Peirce of Nashville, Tennessee. Ronnie was preceded in death by his father, Edgar A. Fox, and his son, Stephen L. Fox. Ronnie’s dedication to public service and his engaging sense of humor will always be remembered by those who knew him and served with him. A visitation will be held at Phelps Funeral Home, 311 Hope Drive, Winchester, Virginia, from 10:30 to 11:30 a.m. on Saturday, June 15, 2019, followed by a funeral service at 11:30 a.m., with a private burial to follow. In lieu of flowers, donations may be made to the Frederick County Winchester Law Enforcement Foundation, P.O. Box 662, Winchester, VA 22602, including in the memo line: In honor of Ronnie Fox.

Ronald Allen Fox, Sr., 64, of Winchester, Virginia, died peacefully at his home on Tuesday, June 4, 2019 after a long illness. Ronnie was born in Keyser, West Virginia on June 23, 1954, the son of the late Edgar A. Fox and Audrey G. Fox, now... View Obituary & Service Information

The family of Ronald Allen Fox Sr. created this Life Tributes page to make it easy to share your memories.