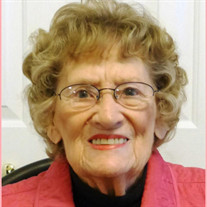 Virginia Franklin Zuckerman, 95, of Winchester, died Saturday, October 10, 2020 at her residence. She was born November 7, 1924 in Monroe, VA, the daughter of William Henry and Annie May Gorrell Franklin. She married Charles Manuel Zuckerman on January 10, 1948 in Washington, DC. Mrs. Zuckerman was a registered nurse having served in the Nurse’s Cadet Corps and then later working at Winchester Memorial Hospital. This small-town girl met Charles on a blind date. They fell in love, married and decided that they wanted three boys and three girls since they both came from large families. Theirs was a home full of relatives, friends, laughter, music and love. After retiring from nursing, Jenny volunteered for our local chapter of The American Red Cross, the Glen Burnie Museum and served as President of Crime Solvers. She was also active with Beth El Congregation where their children were raised in the Jewish faith. Once the active nest was empty, they began traveling every opportunity they had. She and Charles played racquetball, bridge, Mexican Train Dominoes and bowled with friends. Jenny played golf and Mah Jong. She was extremely creative, writing poetry and painting in her spare time. When Charles served as Mayor of Winchester, Jenny graciously hosted countless events in their comfortable home. Being a natural-born caregiver, she often nursed her adult children if they encountered health challenges. When her mother, sister and brother moved to town, she assisted them in times of need. Her heart was huge and her will strong. She loved her family and friends unconditionally. Jenny possessed a genuinely sweet demeanor, but would often surprise you with her quick wit. After seventy-two years of marriage, Jenny still laughed at Charlie’s jokes. He was a devoted husband and theirs was a rare, long love story. She will be deeply missed by her husband, children, grandchildren and great-grandchildren as well as countless lifelong friends and new friends that they have met since moving to Westminster-Canterbury. The family would like to extend their most sincere gratitude to the staff at Westminster-Canterbury that took such loving care of Jenny. Surviving in addition to her husband are her children, Stephen M. “Steve” Zuckerman, Celia A. “Caz” Zuckerman and Phillip A. Zuckerman all of Winchester; Donald L. Zuckerman of Washington, DC; Katherine L. “Kitty” Zuckerman and Ann L. Zuckerman both of Winchester; seven grandchildren and seven great-grandchildren. In addition to her parents, four sisters and one brother are deceased. A private funeral service will be held. Memorials may be made in her memory to Winchester/Frederick County Chapter of the American Red Cross, 561 Fortress Drive, Winchester, VA 22601 or to Beth El Congregation, 520 Fairmont Avenue, Winchester, VA 22601.

Virginia Franklin Zuckerman, 95, of Winchester, died Saturday, October 10, 2020 at her residence. She was born November 7, 1924 in Monroe, VA, the daughter of William Henry and Annie May Gorrell Franklin. She married... View Obituary & Service Information

The family of Virginia Franklin Zuckerman created this Life Tributes page to make it easy to share your memories.