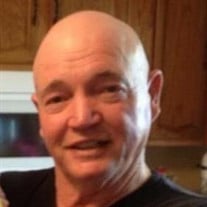 Robert Stephen Caston, 74, of Mt. Jackson, died Saturday, December 8, 2018 at his residence. He was born February 16, 1944 in Natchez, MS, the son of Mace W. and Jennie L. Felter Caston. He was married to Mary Kibler Sweeney Caston. Mr. Caston served in the US Marine Corps from 1961 until 1965. He then worked as a meat cutter with Giant Foods and was a private contractor. Later, he was an inspector with the Virginia Department of Transportation. He was devoted to his church, Open Door Baptist Church of Clear Brook, VA. He physically and spiritually helped build the church. He loved his church and church family and supported them with all his heart. He loved the outdoors, hunting and gardening. Mr. Caston always had a bountiful garden and gave most of his veggies to whomever needed them. He was always looking to help anyone in need. Surviving in addition to his loving wife are a son, Clay Caston; a sister, Ima Jean Nettles and her husband Thomas “Micky” of Picayune, MS; two brothers, Mace Werdell Caston and his wife Lloyd Ann Caston of North Dakota and Lloyd “Tony” Caston and his wife Christine Kibler Caston of Mississippi; two stepsons, Jeff Sweeney and Scott Sweeney both of Winchester; ten step-grandchildren and two great-grandchildren. Two sisters, Alley Lorraine Wilkinson and Mary Emma Quinn, are both deceased. A funeral service will be Wednesday at noon in Open Door Baptist Church, 333 Jeremiah Lane, Clear Brook with Pastor David Hartley officiating. Burial will follow in the church cemetery with military honors by VFW Post 2123. Casket bearers will be Scottie Sweeney, Colby Sweeney, Cody Sweeney, Travis Carroll, David Arbogast and Larry Howard. Friends will be received one hour before the service in the church. In lieu of flowers, memorials may be made to ALS, P.O. Box 37022, Boone, IA 50037 or to Open Door Baptist Church, 333 Jeremiah Lane, Clear Brook, VA 22624. Arrangements are by Phelps Funeral & Cremation Service, Winchester.

The family of Robert Stephen Caston created this Life Tributes page to make it easy to share your memories.