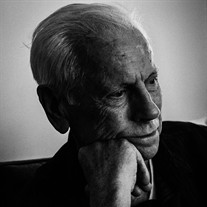 Nelson Eddy Marsh, 78, of Winchester, died Friday, June 22, 2018 in his residence beside his wife, Susan Cole Marsh, ending their love affair of 33 years. He was born December 22, 1939, in Philippi, WV, the son of Fred and Elva Wilson Marsh and the second of nine children. He had heart disease for 30 years and kidney failure for 15. He endured dialysis 3 times a week for 11 years so that he could have 4 good days with the love of his life and their family. He often told the grandchildren he was headed to work as he left for dialysis. He was the perfect example of unconditional love and strength for his family as devoted husband, father, and "Grandpoppy" to 10 grandchildren and one great grandchild. He enlisted for two active duty terms in the Army as a Ranger and paratrooper. Then he earned four Bachelor's degrees from the University of Maryland. He worked as a certified licensed underwriter, and contract specialist for the government from which he retired. But the career he was most proud of in his later years was elementary school teacher, the path he wished he had chosen first. In addition to his wife, he is survived by the following family members (listed in birth order): five of his eight siblings - Shelby Costello, Terry Wheeler, Wilson Marsh, Jerry Marsh, and Kim Jones; children - Alan Marsh, Christine Sealock, Nicole Lord, Lynda Wagner; grandchildren - Tracy Johnson, Joseph Allen-Cole, Cole Alexander, Shawn Sealock, Stephen Sealock, W. Garrett Lord, Lauren Wagner, Justus Wagner, Alex Wagner, Alexis Sealock; great-granddaughter - Everleigh Johnson; brothers- and sisters-in-law - Richard Costello, Rob Wheeler, Ginny Marsh, Cindy Marsh, Mark Jones; sons-in-law - Mike Sealock, Carl Wagner, and grandson-in-law - Matthew Johnson. Services will be held at Phelps Funeral Chapel, 311 Hope Drive, Winchester, officiated by Reverend Dr. Ken Patrick. There will be a visitation with family and friends on Wednesday, June 27th, from 7:00-9:00 p.m., a funeral service on Thursday, June 28th, at 10:00 a.m., and interment with military honors will be on Thursday, June 28th at 1:00 p.m. in the Culpeper National Cemetery, Culpeper, Virginia. The honor of the role of casket bearer has been asked of his four oldest grandchildren - Matthew Johnson (Tracy’s husband), Joseph Allen-Cole, Cole Alexander, W. Garrett Lord, Shawn Sealock, and Stephen Sealock.

Nelson Eddy Marsh, 78, of Winchester, died Friday, June 22, 2018 in his residence beside his wife, Susan Cole Marsh, ending their love affair of 33 years. He was born December 22, 1939, in Philippi, WV, the son of Fred and Elva Wilson Marsh... View Obituary & Service Information

The family of Nelson Eddy Marsh created this Life Tributes page to make it easy to share your memories.