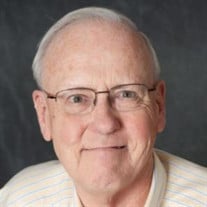 James Carlton Massey, historic preservationist and architectural historian, died November 10 at his home near Winchester, VA. He was 89 years old. He was attended in his final illness by his wife of 42 years, Shirley Maxwell, and her two sons and daughters-in-law, Timothy and Bridget Markley and Daniel Markley and Alison Sheehy. He is survived by his cousin, Dr. Melvin Butler, of Pomona, CA. In the course of his 65-year career, James Massey steadfastly practiced and taught about the recognition, documentation, recording, and restoration of historically significant buildings and areas. He held a professional degree in architecture (B.Arch.) from the University of Pennsylvania, as well as a Master of Planning degree from the University of Virginia. An associate member of the American Institute of Architects, He was born in San Gabriel, CA, the son of Carl and Marion Steltz Massey. As a child, he moved with his mother to Secane, PA, a Philadelphia suburb, and attended schools in Upper Darby Township. 5 , he served for two years in the United States Army in the Office of Military History, Karlsruhe, Germany, where he and his first wife, Anne E. McLaughlin (now Saba), an interior designer, expanded their knowledge and appreciation of historical architecture. On his return to the United States, he worked for eight years as a supervisory architect in the development of Independence National Park. In 1964, he was appointed Chief, Historic American Buildings Survey (HABS) of the National Park Service. He left HABS in 1973 to accept a position with the National Trust for Historic Preservation as Vice President of Historic Properties, overseeing the management and, in some cases, the acquisition, of the Trust’s growing stable of historic house museums. He served as an adjunct professor at Ball State University, Muncie, IN, and taught preservation courses and seminars at Drew University, Madison, NJ, and the University of Virginia. With his colleague Constance Werner Ramirez, he co-founded the National Preservation Institute, which continues to provide training in the field for individuals and groups. He was the principal author of five books, including A Guide to the Arts and Crafts in America and House Styles in America: The Old House Journal Guide to American Houses. For 20 years, he was a regular contributor to The Old-House Journal and a contributing editor for much of that time On moving to Strasburg, VA, in 1984, he and Shirley Maxwell formed the preservation consulting firm of Massey Maxwell Associates, advising and educating clients across the United States. He served on the Strasburg Planning Commission from 1988 until 2004 and on the town’s architectural review board until 2021. A memorial service will be held on Saturday, April 9, 2022 at 2:00 p.m. at the Unitarian Universalist Church of the Shenandoah Valley, 6380 Valley Pike, Stephens City, VA. In lieu of flowers, please consider donations to the James C. Massey scholarship fund, National Preservation Institute, P. O. Box 1702, Alexandria, VA 22313.

James Carlton Massey, historic preservationist and architectural historian, died November 10 at his home near Winchester, VA. He was 89 years old. He was attended in his final illness by his wife of 42 years, Shirley Maxwell, and her two sons... View Obituary & Service Information

The family of James Carlton Massey created this Life Tributes page to make it easy to share your memories.